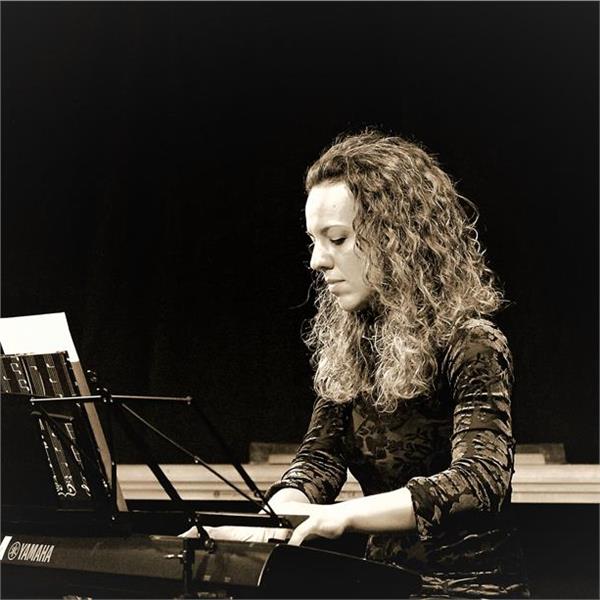 Italian pianist of Argentine origin living in Barcelona since 2008.
He has participated in numerous courses on the interpretation of Tango and Argentine music.
It has been presented in the city of Buenos Aires in the "Astor Piazzolla International Festival", in the XIXth International Tango Festival of the city of Granada, in the Auditorium of the CCCB on the occasion of the II edition of the Tango Festival of Barcelona, ​​in the Sant Jaume square in Barcelona during the Mercè festivities and in the Jamboree Room.
In the city of Barcelona he has been part of "Sexteto Guardiola" and "La Orquesta Típica Barcelona".
Very attached to the vocal repertoire, Irene Aisemberg works with numerous singers performing both the lyric and the popular repertoire; It has been presented at the Sala Oriol Martorell in the framework of the 7th Barcelona Festival of Song, at Casa America in Madrid, the Argentine and Uruguayan Embassy in Rome, the Societa Umanitaria di Milano and in other important cities.